A Family Story of Distilling,

13 Generations in the Making

No other family in America handcrafts a collection of spirits as extensive and unique as ours. With 13 generations of distilling knowledge to draw upon, at Charbay we make products nobody would even dare to try.

The History of Charbay: American Craft Distillery No. 177

Our family distillery story starts in 1751

Charbay Distillery Founder, Milorad (Miles) Karakasevic, was born in former Yugoslavia. His family winemaking and distilling heritage traces back to 1751, the year The House of Karakasevic (Karakash), was officially honored by the Austrian-Hungarian imperial court of Empress Maria Theresa. In 1954, 12 generations and almost 200 years later, Miles keeps the tradition alive and enters the family distilling and winemaking business. Born around pot stills, barrels and wine presses, he learned from experience, developing a natural intuition for the art. Earning his degree in Enology and Viticulture from the University of Belgrade fined tuned the technical skills.

“When I was a boy, I remember people coming to our vineyard in Yugoslavia to buy our wine and brandy, filling their bottles directly from our barrels.” – Miles

Becoming Craft Distillery No. 177 in America

In 1962 at the age of 21, Miles immigrated to America, pursuing his dream to carry on the family’s history of distilling and winemaking in a new country, full of opportunities. He landed first in Quebec City, Canada, then a few years later, moved to Michigan as a professional winemaker at Chateau Gran Traverse. Then, a position as assistant winemaster at Beringer took him to Napa Valley in 1972. But the dream of operating his own family business was always on his mind. In 1983 it became a reality, with the opening of Domaine Karakash (his former family name), first as a winery in Ukiah, Northern California. Later the business name changed to Domaine Charbay and a distillery was added. It was the 177th Distillery in America. With over 2000 distilleries in the US today, being No.177 is an amazing feat worth celebrating. We’re proud to be an original, still in operation, making people happy with our unique spirits.

A Grand Master Distiller of all four spirit categories

Miles has never stopped learning and pushing his skills to the next level. In 2010, he became America’s first Grand Master Distiller, a title only granted to those who have distilled and brought to market all four of the major spirits categories: brandy, whiskey, rum and tequila. It’s an enormous accomplishment even for a master distiller. The agave plant is a very different animal, making the distilling process unique to tequila. And Miles didn’t want to craft any tequila. It was to be called Charbay Blanco Tequila therefore had to meet his high standards set for the Charbay portfolio. On top of this, for the product to be called a tequila, it must be distilled in Mexico. Miles was up for the mental and physical challenge. His first step was finding a partner in the tequila industry. This led him to Carlos Camarena, owner of La Alteña Distillery, one of the oldest family owned tequila producers in Jalisco and a Master Distiller himself. It was the beginning of a friendship, based on mutual respect, that continues to this day. The end of this chapter was the launch of Charbay Blanco Tequila, part of the archive collection, and the recognition of Miles as a Grand Master Distiller.

Generation 13, the family tradition of distilling lives on

Marko, Miles’ son, is the family’s 13th generation of distillers and winemakers. His childhood was like that of his fathers, surrounded by pot stills, barrels and the rich, warm smell of distilling. He worked many different jobs in the family business, mostly unpaid. Picking the black walnuts for the walnut liqueur Nostalgie was a favorite because he got to drive without a licence… After school he explored life beyond the distillery, studying at UC Davis to become a physical therapist. But 12 generations of distilling tradition weren’t easy to leave behind. When asked by his father to enter the family’s distillery business, it didn’t take much convincing.

Being innovative is a family trait

Like his father, Marko was born with the pioneering gene. It’s not just spirits with a unique flavor they find exciting, but whole new product categories never tried before. For instance, Miles created the first ever Dessert Chardonnay, a barrel-fermented dry Chardonnay laced with hand-distilled Methode Charentais Brandy Liqueur. In fact it’s the origin of the family’s business name Charbay – ‘Char’ from Chardonnay, ‘bay’ inspired by Brandy.

Marko is no different in his desire to create unique. He pushes himself and the distilling industry to stay in touch with the changing tastes of the consumer. So far he’s been responsible for the creation of two category firsts in the US – hopped whiskey and 100% whole fruit extract Vodka. However, being at the cutting edge of the industry brings its own set of challenges. Hopped whiskey wasn’t a category in the TTB classification until Marko created it. It was so unique they had to create a new category name which is officially ‘hop flavored’ whiskey but we prefer to classify our whiskey as ‘hopped whiskey’. Today there are a number of hopped whiskies on the market, but none able to claim the original position…

Earning the title of Master Distiller

Marko was formally recognized as a Master Distiller in 2009 with the launch of his own creation, Charbay Doubled & Twisted Light Whiskey, distilled from fully brewed, bottle-ready beer. Doubled & Twisted Whiskey is now in its third release, with the latest being Lot 2, a blend of three hopped whiskies, 4-year Straight Malt, 8-year Stout and 4-year Pilsner. Ind

Independence gives us the freedom to be creative

To this day, the Karakasevic family operates their independent, family-owned distillery in Ukiah. Staying true to their family roots, they are committed to offering the finest spirits grounded in old-world European knowledge, with the spirit of American creativity. But there’s no resting on their past successes. This 13th generation is determined to maintain their position as genuine innovators in the spirits industry. Marko’s always working away at something new done in the tradition way, or something traditional done in a new way…

Yes Charbay is family owned. We’ve been family owned and operated since the beginning and now we’re into our 13th generation. Our two sons, Milorad (Miles) and Ivan, are Generation 14. Even at a young age they show plenty of interest to continue the family tradition. Like their father Marko did as a young boy, they’ve helped out on the bottling line and when the ripe meyer lemons and blood oranges arrive, they love throwing them into the hopper, to start the extraction process.

Where does the name Charbay come from?

In 1983, the year we started distilling and making wine in the US, our business name was Domaine Karakash, a derivative of our family name Karakasevic. In 1987 we released the first Dessert Chardonnay, a barrel-fermented Chardonnay laced with hand-distilled Methode Charentais Brandy Liqueur. It was an original so we gave it an original name – Charbay, a creative merge of Chardonnay and Brandy. We felt this name represented our business and family philosophy of being pioneers so in 1991 we officially changed the business name to Domaine Charbay and later to just Charbay.

What does it mean to be a Master Distiller?

Distilling means everything to us, as a multi-generational family-owned distillery. Titles aren’t everything but we do believe distilling is a trade and should be recognized like most other trades, at a professional level. After all, to create a spirit with great flavor, worthy of your admiration, takes great skill and many long years of dedication. The title of Master Distiller does exist but there isn’t a standard definition across the industry. We adhere to the classical definition of Master Distiller: “someone who has equaled or bettered the skill of his teacher”, which in our family’s case is our father.

Miles earned the title of Master Distiller in 1956, following in the footsteps of 11 generations before him.

Marko gained his Master Distiller recognition in 2009, with the release of Doubled & Twisted Light Whiskey, distilled from bottle-ready beer. 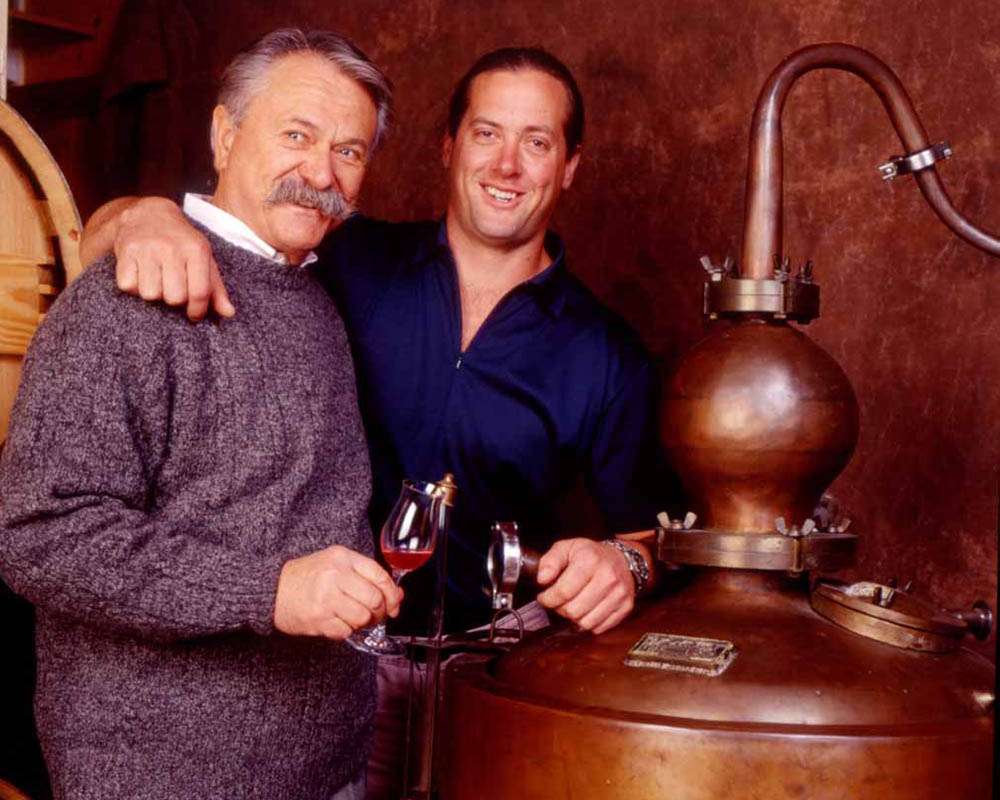 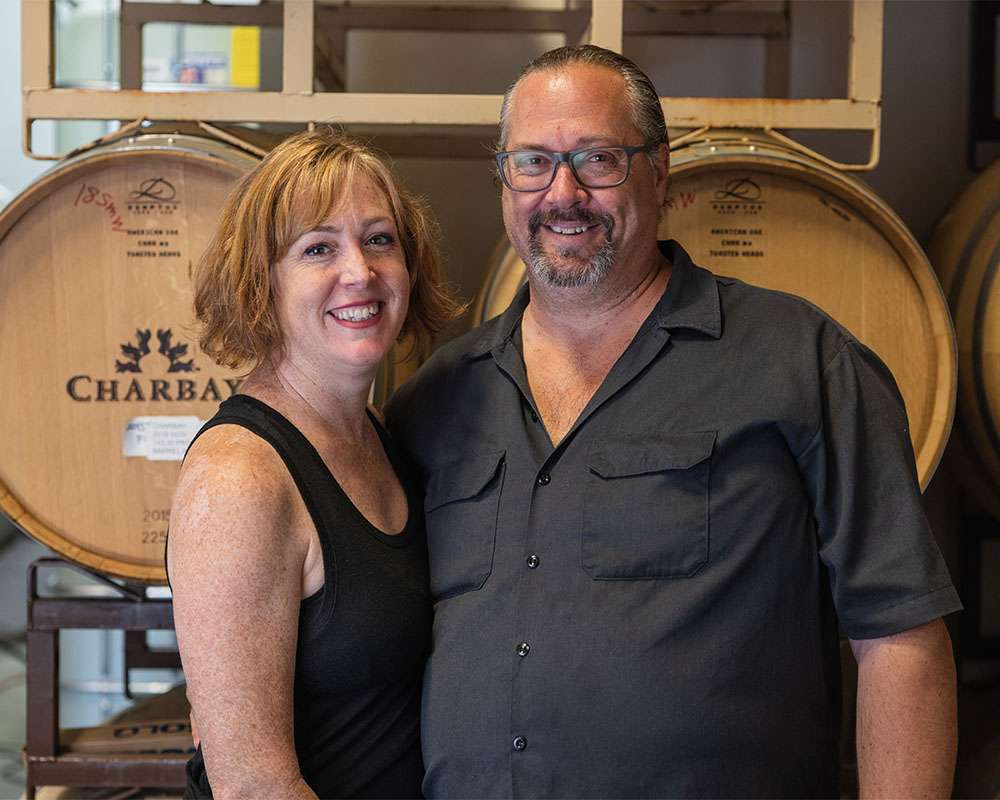 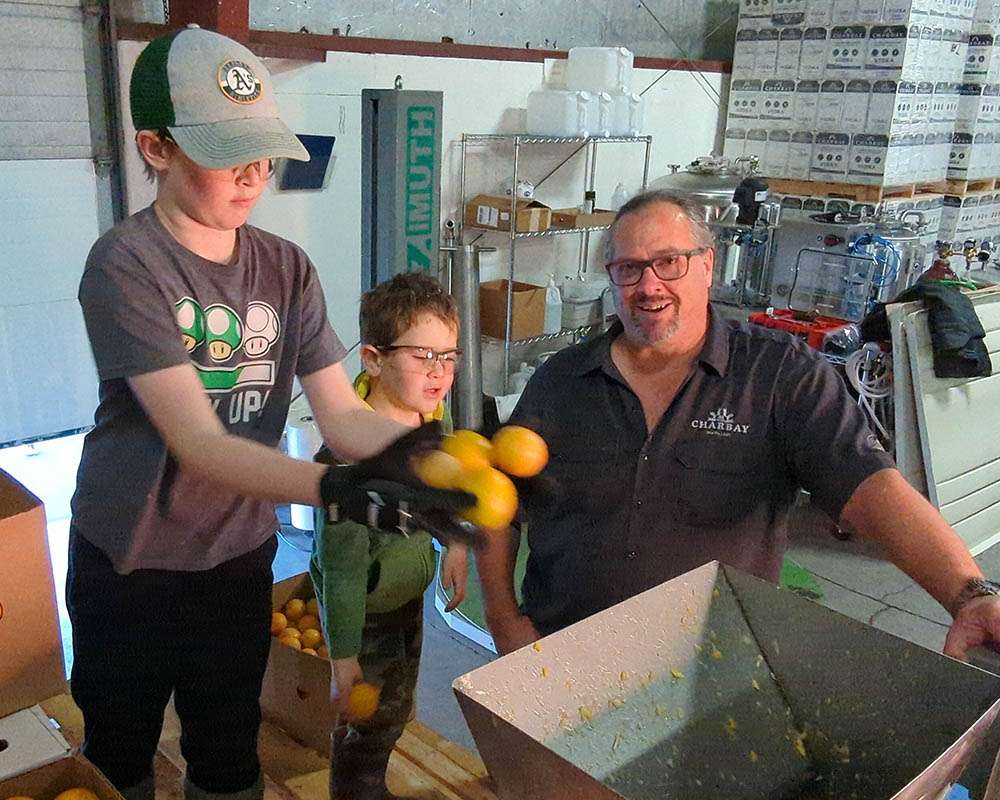 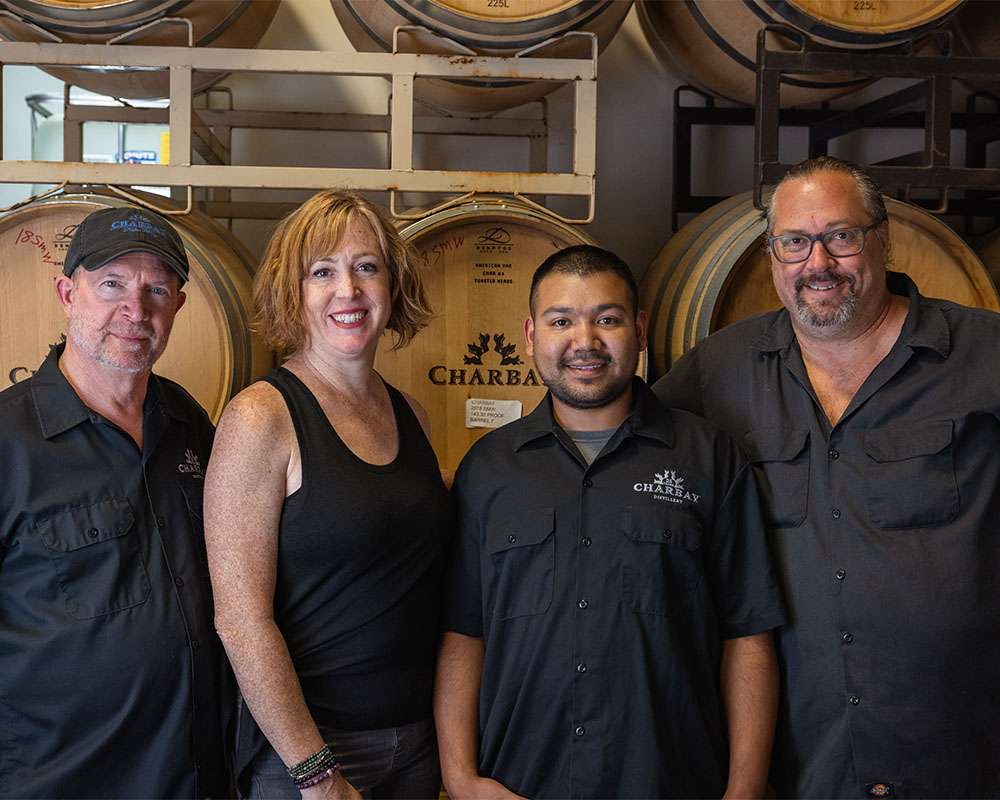 SUBSCRIBE TO OUR NEWSLETTER
For all the news from our Distillery and family.