For 36 years, Charbay has been producing small releases of handcrafted spirits, wines, ports, aperitifs & liqueurs in Northern California.
Our family is committed to offering the finest spirits made in the true spirit of American creativity, while grounded in 13 generations of old world European knowledge. We are proud to say, there is no other family in the United States that can claim to hand-producing the scope of handcrafted wines & spirits than that of Charbay.

Founder, Milorad (Miles) Karakasevic, traces his family winemaking & distilling heritage over 250 years to 1751 in former-Yugoslavia. After receiving both formal and classical apprenticeship training, Miles arrived in North America at the age of 21. Through the years, he and our family have created an American legacy of consistent quality... and consistent surprises.

Marko, Miles’ son, following a 26-year classical European apprenticeship with his father, is the family’s 13th generation to carry on the tradition of winemaking & distilling. Marko’s vision ignited Charbay Vodka and Charbay Whiskey. In 2009, Marko formally became a Master Distiller using the classical definition: he was recognized as having “equaled or bettered the skill of his Teacher, his father.”

Marko’s thesis was Doubled & Twisted Light Whiskey (inspired by watching the still for many hours: when the spirit comes out of the still at a certain proof, the stream doubles & twists around itself), distilled from bottle-ready beer.

Our family promises to carry on the tradition of the finest quality of artisan wines & spirits, always pushing the creative edge and accenting the ingredients we work with. We hope you enjoy the Charbay story and will stay in touch for years to come.

Creativity and passion are grounded with a powerful professional background.

Creativity and passion are grounded with a powerful professional background.

The title of Master Distiller is granted by a teaching master to an accomplished apprentice who has matched or bettered the skill level of the teacher. The title of Grand Master Distiller is granted to a Distiller who has hands-on distilled all four of the major spirits categories: Brandy, Whiskey, Rum and Tequila. Since Tequila must be distilled in Mexico, this is an extremely rare pinnacle for an artisan distiller to reach.

Be sure to visit CharbayWinery.com to learn about Charbay's collection of wines, aperitifs and ports made in Napa Valley. 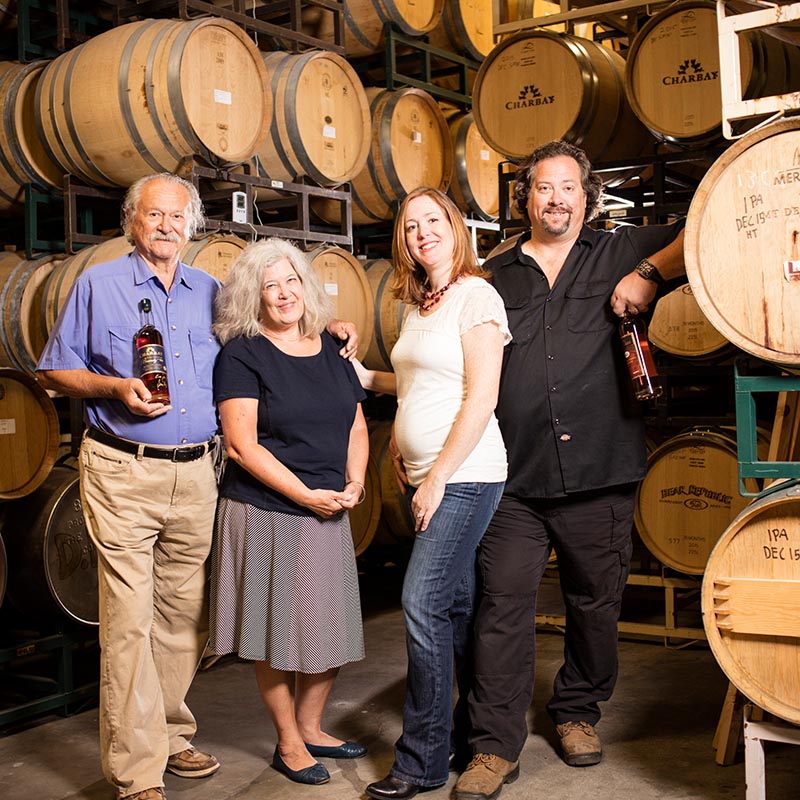